Properties of a platinum dye in near-IR light

Virginia Commonwealth University researchers have developed a dye composed of a novel platinum (II) complex which can be used for deep tissue imaging and photoactivation. While there are existing platinum (II) complexes that are capable of photoactivation via visible light, photoactivation in near-IR light allows for deeper tissue penetration. Additionally, existing complexes do not have targeted activation and their cytotoxic effect is dependent on oxygen. This molecule relieves these issues as it requires specific irradiation parameters for activation and employs a different cytotoxic mechanism. These features make this molecule an effective and non-expensive method for treating light-accessible tumors that have yet to metastasize and could reduce the cost of treatment.

The developed molecule is composed of two key components, the cyanine dye and the platinum species. The cyanine dye portion of the molecule is fluorescent in near-IR light, which allows for the deep tissue imaging. This enables one to ensure that the molecule is in the proper location prior to activation. Activation of the molecule is then achieved by irradiation with 720-740 nm light, as seen in Figure 1 below. This releases the active platinum species and allows it to conduct its own cytotoxic activity. The simplicity of this method makes it versatile treatment method with many possibilities. 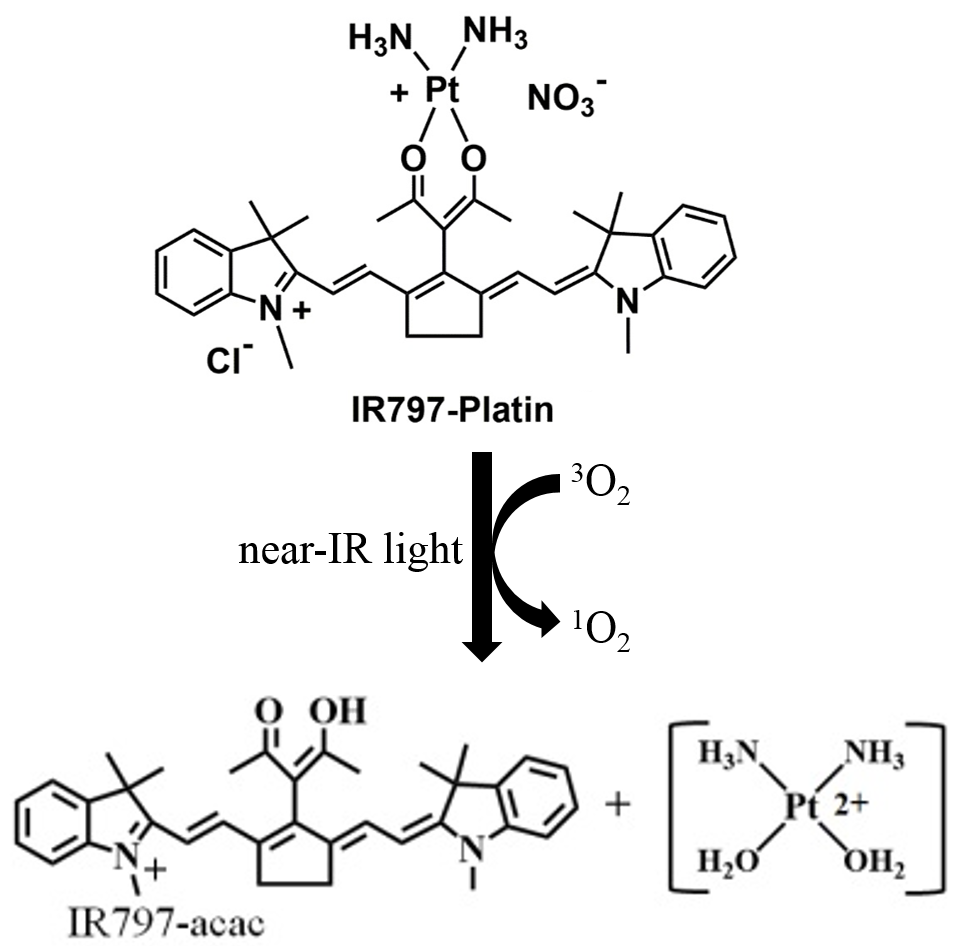