Veterans returning from the Persian Gulf War in 1991 have exhibited a multi-symptom illness which primarily includes neurological morbidities such as depression, anxiety, and cognitive impairment. Despite current treatment efforts, these veterans continue to experience these symptoms which have come to be known as Gulf War Illness (GWI). This resistance to treatment is due to the fact that depression experienced from GWI is caused by unique mechanisms, and therefore needs to be treated with a drug that acts differently than the conventional antidepressants. VCU researchers have uncovered one of the potential mechanisms causing GWI and have developed a treatment method to relieve its symptoms.

The novel treatment method involves the use of existing drugs to target the onset of GWI related symptoms. Established in a rat model designed to reflect the current status of Gulf War Veterans, these drugs have been found to target elevated calcium levels in the neurons (which can impact memory and mood) of these GWI rats. The GWI rat models treated with these drugs had their neuronal calcium levels significantly lowered and their symptoms of depression and anxiety greatly improved as seen in Figure 1. These drugs could be highly effective therapies for GWI, for which there is currently no effective treatment. 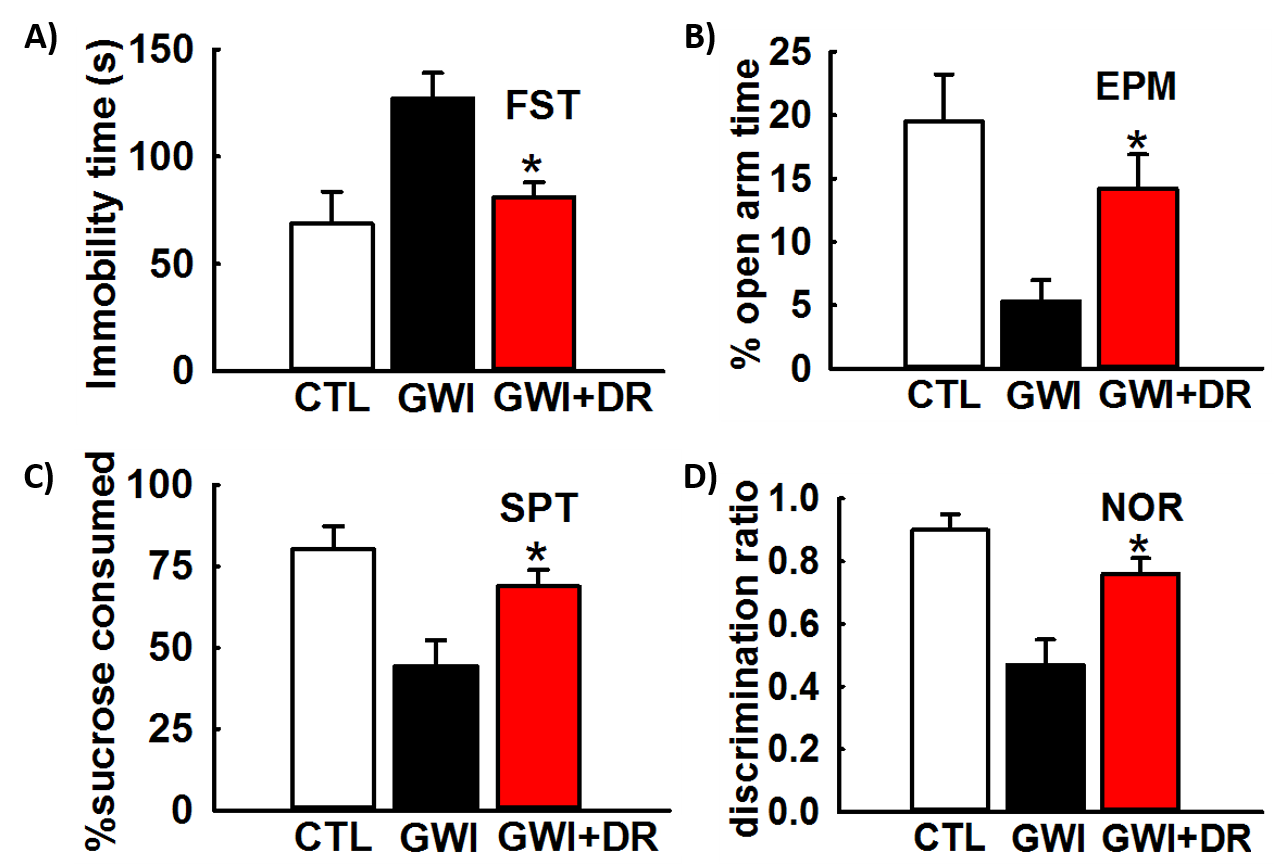 Figure 1: Performance of rats in various tests to asses symptoms of depression, anxiety, and cognitive impairment before and after treatment; Graph A) Immobility time during the Forced Swim Test (FST), greater immobility time relating to feelings of despair and helplessness; Graph B) Time spent in open arm portion of the Elevated Plus Maze (EPM), decreased time spent in this portion is a sign of anxiety; Graph C) Preference for sucrose in the Sucrose Preference Test (SPT), a lower preference is a sign of anhedonia; Graph D) Novel Object Recognition Test (NOR), assesses memory based on time interacting with novel objects.