Sphingosine kinases are important biological enzymes that function in the production of sphingosine-1-phosphate, an important signaling mediator. Two similar sphingosine kinases have been identified in humans: Sphingosine Kinase 1 (SphK1) and Sphingosine Kinase 2 (SphK2). SphK1 has been shown to promote cell growth and survival, and it is directly implicated in cancer progression due to its overexpression in tumor tissues. On the other hand, very little is known about SphK2. Recent studies have suggested that downregulation of SphK2 inhibits the proliferation and migration of tumor cells.

Researchers at Virginia Commonwealth University have developed two novel compounds and derivatives for the selective inhibition of SphK2. Preliminary laboratory tests show the compounds are selective to SphK2, with negligible impact on SphK1 receptors. Thus, these compounds could be utilized as a treatment option for conditions associated with the overexpression of SphK2, such as glioblastomas and certain breast cancers. These compounds will also enable researchers to further study the role of SphK2 in disease pathogenesis. 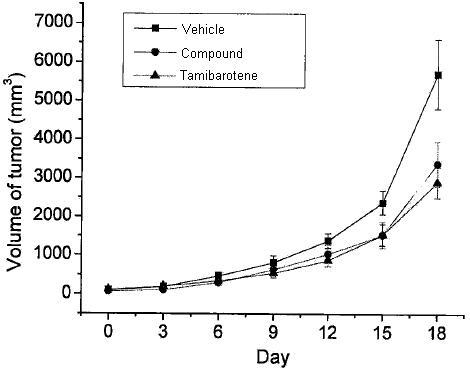