Chimeric Protein for Diagnostic and Therapeutic use in Monocytic Ehrlichiosis

Human monocytic ehrlichiosis (HME) is a potentially fatal tick-borne disease of humans prevalent in the southern regions of North America. Caused by Ehrlichia bacteria, if left untreated HME can cause meningoencephalitis, respiratory distress syndrome, acute renal failure, hypotensive shock, and death. Researchers at Virginia Commonwealth University (VCU) have developed a novel chiimeritope that mimics various surface proteins essential for Ehrlichia infection that can be utilized to vaccinate humans against infection. 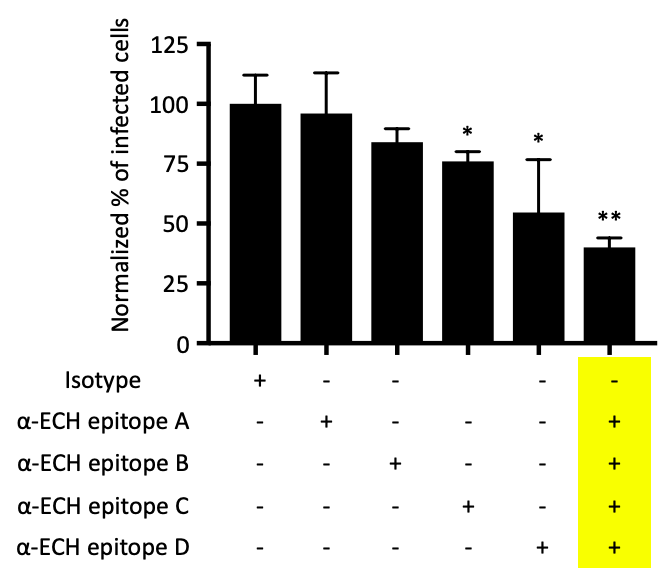 Figure 1. Evaluation of various antibody cocktails that target various Ehrlichia protein segments. Combinations of antibodies significantly reduced the number of infected cells compared to the number of cells infected when only treated with a singular antibody.