Drug/alcohol abuse and dependence are major problems in today’s society. The analgesic effects and addiction/abuse liability of several opiates and alcohol can be mediated via the mu opioid receptor (MOR) that are prevalent in the central nervous system and have also been implicated in modulating immune function and in the treatment of obesity, psychosis and movement disorders such as Parkinson’s disease. Naltrexone is an opioid receptor antagonist that is currently being used to manage drug and alcohol addiction. However, Naltrexone has low selectivity for the mu opioid receptor and has also been known to cause a variety of side effects due to its high affinity to the delta (DOR) and kappa (KOR) opioid receptors. Hence, there is a need for the development of highly selective and potent mu opioid receptor antagonists. 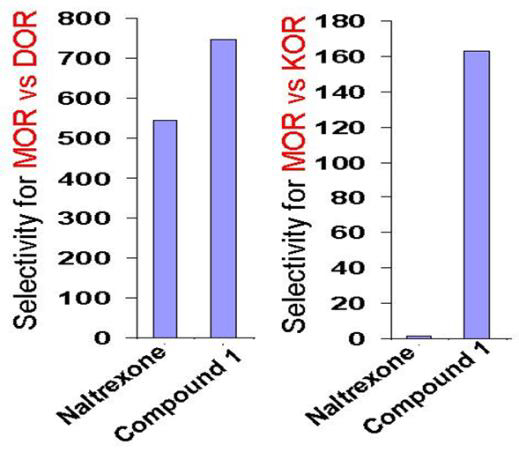 In vitro and in vivo studies have been performed.