Currently, electron charge is used for encoding information and implementing memory and logic devices in electronic chips. Non-volatile memory, on the other hand, is implemented with magnetic devices such as spin-transfer-torque RAM (STT-RAM) that utilizes spin-polarized current to write bits into memory. These functions can be implemented in a much more energy-efficient manner by utilizing multiferroic nanomagnets whose magnetization states are switched with electrically-generated mechanical strain. Utilizing such methods could result in a drastic reduction of energy consumption thereby allowing stand-alone processors to be run with energy harvested from the environment. Subsequently, these methods could lead to advancements in fields such as biotechnology, computers, communication and defense.

Researchers at VCU have designed a novel hardware concept that dissipates significantly less energy to compute or process information than conventional electronics by utilizing the inherent advantage of multiferroic nanomagnets. These nanomagnets, comprising strain-coupled magnetostrictive-piezoelectric planar nanostructures, switch and process digital information with extremely low energy loss and high reliability. They can be powered via energy harvested from their surrounding environment (no battery needed) making them ideal for applications such as: energy-efficient processors for mobile electronics, monitoring of brain waves through an implantable (battery-less) medical device to warn medical personnel of impending epileptic seizures and detection of submarines or targets using sensors powered by ocean waves, to name a few. 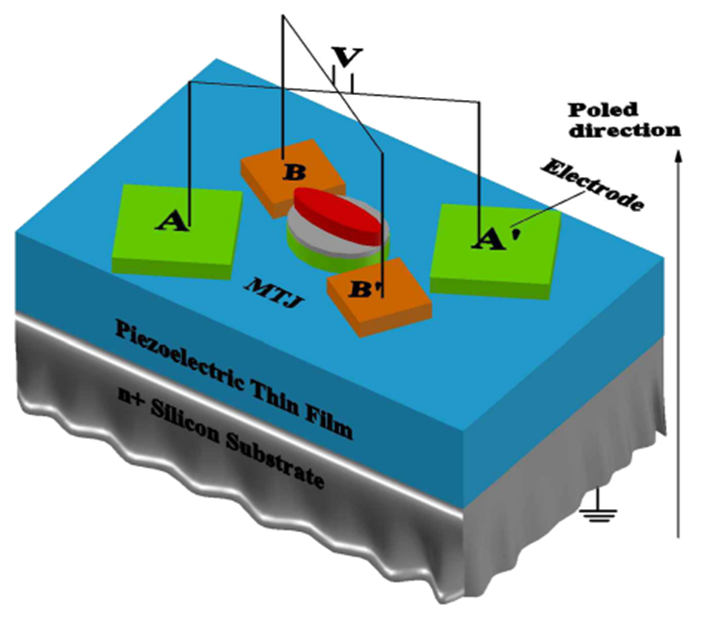