Organic-inorganic perovskites are one of the most promising materials for the next generation of solid-state solar cells. Perovskite materials are the leading candidate for cost-effective renewable energy due to their record-breaking efficiencies, which approach 30%, and low-cost solution-based processing. Perovskite films are produced by depositing inorganic/organic precursors from solution onto a substrate followed by post-deposition processing to remove residual solvent and induce crystallization. Today, high annealing temperatures, usually above 100oC, are used to produce high-quality films; however, detrimental effects, such as the reduction of photovoltaic performances occur at these elevated temperatures. Using low annealing temperatures is currently impractical due to the significant amount of time needed for the material to fully crystallize. Thus, a method whereby high-quality perovskite films are produced rapidly at low annealing temperatures is needed and would represent a major advancement in perovskite solar cell technology. 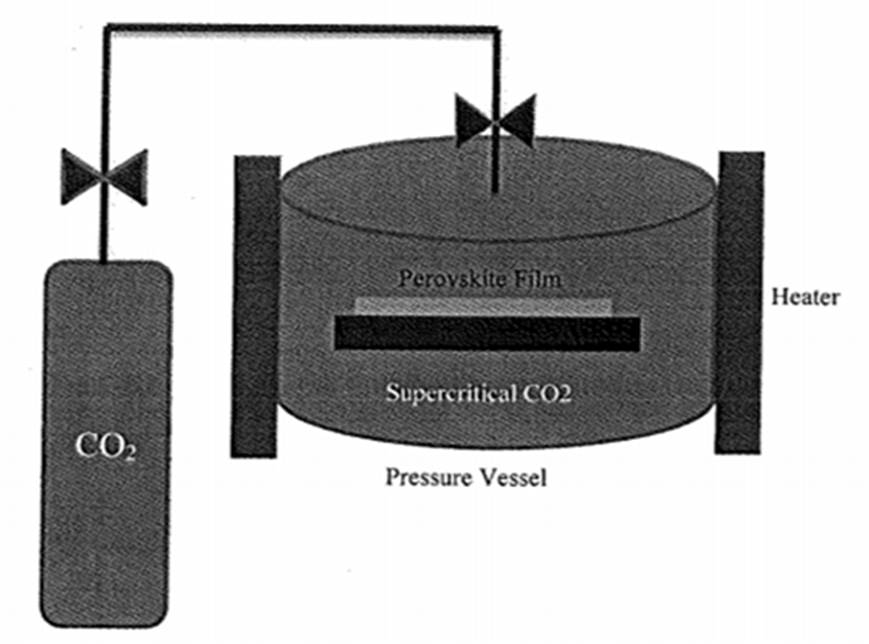