« Go back to Research tools

Veterans returning from the Persian Gulf War in 1991 have exhibited a multi-symptom illness, known as Gulf War Illness (GWI), which primarily includes neurological morbidities such as depression, anxiety, and cognitive impairment. Among a host of causative factors, exposure to low-levels of the nerve gas Sarin is strongly implicated for the expression of GWI symptoms. Despite this knowledge and ongoing research, much is still unknown about the underlying mechanisms causing these neurological symptoms. VCU researchers have developed a rat model that will not only help decipher the molecular mechanisms causing GWI and its associated symptoms, but also allow for the rapid screening of effective treatments.

Nerve agents are chemically organophosphates. These rat models were developed through repeated exposure to the organophosphate compound diisopropyl fluorophosphates (DFP). After exposure to DFP, researchers observed the presence of symptoms (similar to those experienced by veterans suffering from GWI) such as chronic depression, anxiety, and memory impairment as seen in Figure 1. These rats also showed neuronal damage in the hippocampus and other critical brain regions. Due to the fact that this model is developed with a single agent, this GWI rat model is easily utilized and cost efficient, making it the perfect model for the rapid screening of potential treatments for GWI. 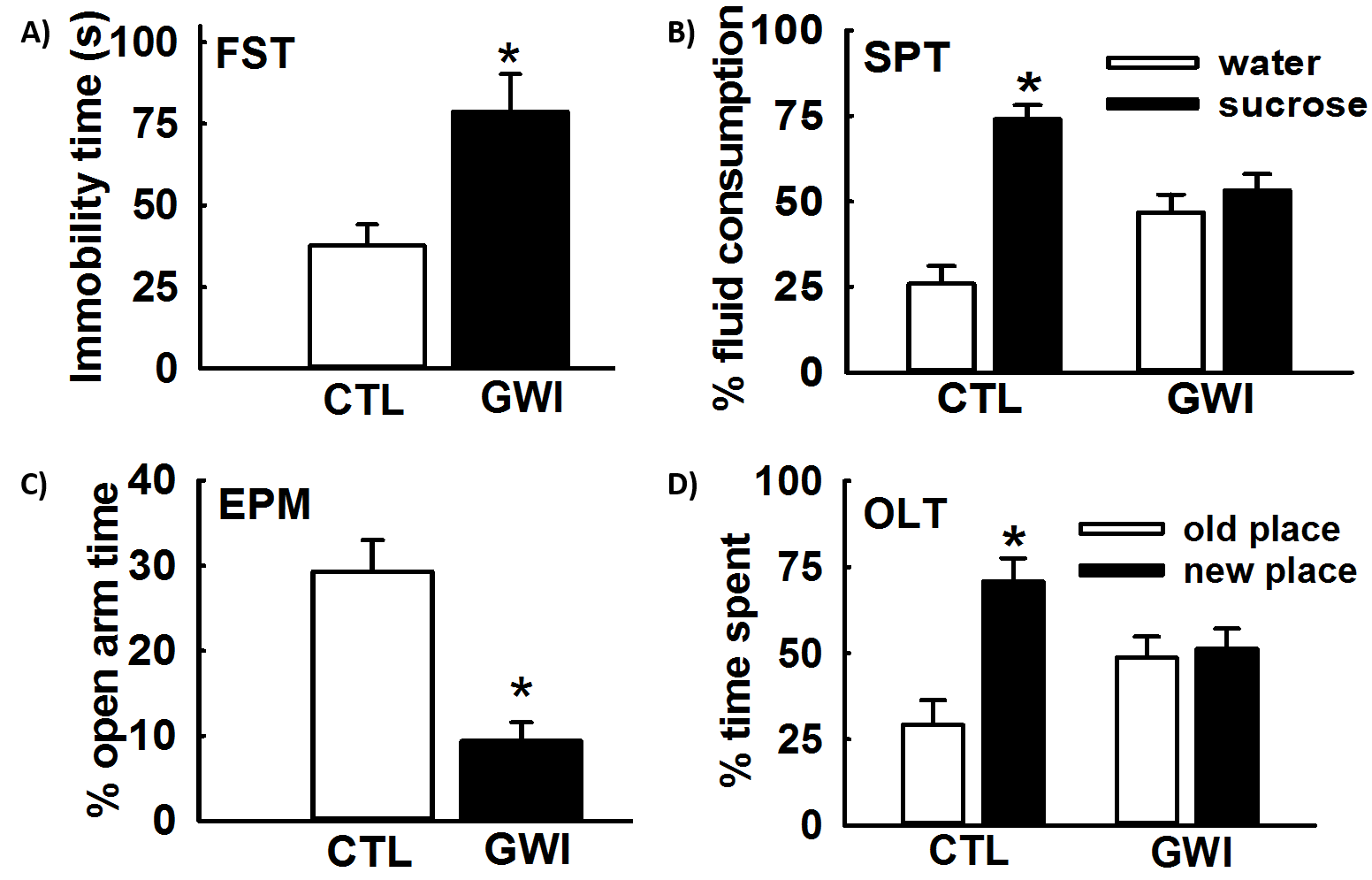 Figure 1: Rats exposed (GWI) and non-exposed (CTL)  to DFP, performed various tests to asses symptoms of depression, anxiety, and cognitive impairment; Graph A) Immobility time during the Forced Swim Test (FST), greater immobility time relating to feelings of despair and helplessness; Graph B) Preference for sucrose in the Sucrose Preference Test (SPT), a lower preference is a sign of anhedonia; Graph C) Time spent in open arm portion of the Elevated Plus Maze (EPM), decreased time spent in this portion is a sign of anxiety; Graph D) Object Location Test (OLT), assesses memory based on time interacting with objects in novel locations